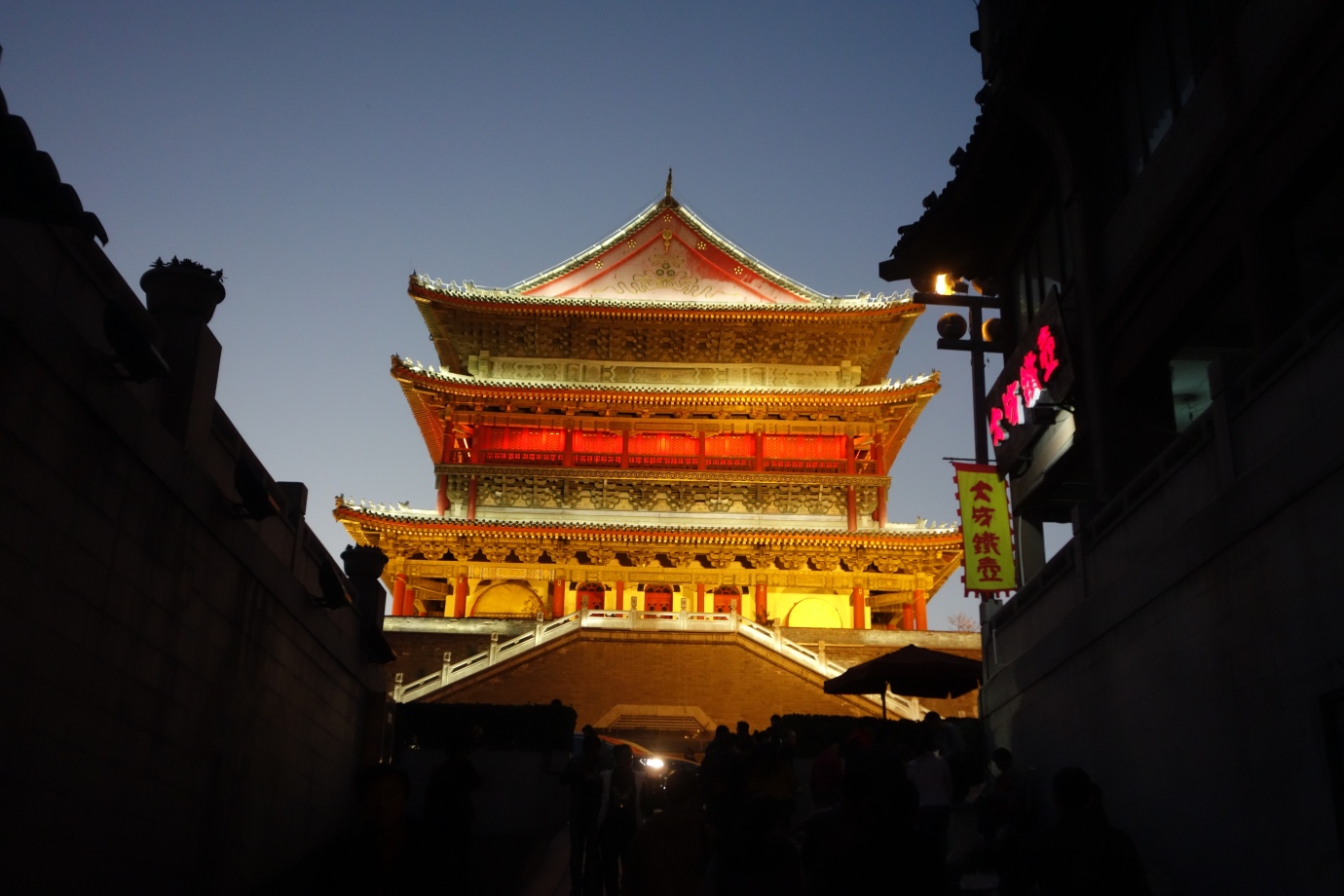 Was the plan for late afternoon/early evening. After the gas canister exploding incident. To explain what happened in a bit more detail, a guy behind us was carrying a glass jar which contained the gas and I guess the pressure just became too high and then you have green gas and shards of glass coming towards you (part 1 of seeing Xi’an). As a stereotypical Brit, I decided I needed a cup of tea to return to a normal state of self. Our nearest coffee shop was a Starbucks and so we headed there on automation after washing our mouths out with water.

There is little I can say about Starbucks that you won’t already know but in this Starbucks in Xi’an, beggars walk through the door and actively badger customers for money. It was a strange thing to witness- we knew China had a huge divide between the rich and the poor, but had seen nothing like this in Hong Kong, South Korea or Japan. Staff asked the guy to leave, and soon later we followed.

We headed west of the Bell Tower (in the centre of Xi’an, which we had previously visited) and towards the Drum Tower. We walked around the Drum Tower and proceeded onwards until we reached a new scene- smoke dancing in the air, and a riot of colour; street food sizzling and people jostling around. We had reached the Muslim Quarter. 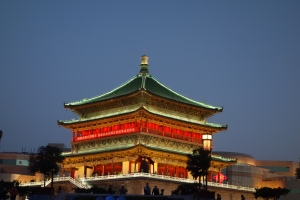 We walked through a sheltered market part of the Quarter- here, a range of weird and wonderful items were being sold. From the beautiful (woven Chinese scrolls and silk scarves) to the light-hearted (touristy souvenirs), slightly distasteful (playing cards on Gaddafi and Bin Laden) to the intricate (wooden carved ornaments and delicate teapot and teacup sets).

The indoor part market formed a circle, and once we exited the other side, the air was filled with the sounds and scents of fresh food being prepared; meat dishes in abundance although there were also stalls selling stews, soups and noodle dishes. 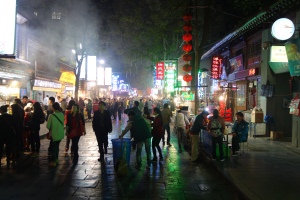 We walked past a stall where chefs were making fresh pasta, which gathered quite a crowd. Though undoubtedly heavy, the guys in question never hastened their vigorous kneading and movement of the dough.

Then we walked back past the drum tower, glowing gold, silver and red in the night-time darkness, before finding a bus to take us to where my travel companion’s birthday dinner had been booked that night. 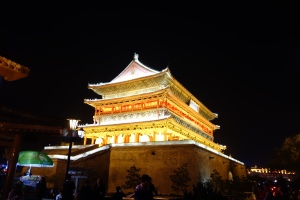 Trying not to get run over…

Was one of the biggest challenges in Xi’an (in fact, extend that to the whole of China). There is blatant disregard for a pedestrian; if a car or bus is moving- you better move or it’s the end of the road (literally). In a way, this attitude that everyone has almost gives you the feeling that life is cheap in China. There was one point where I was standing on an insubstantial little island in between two sides of an incredibly busy road and experienced something like panic. However, we made it onto a bus and clung onto the railings on the vehicle with all our strength as the bus lurched forward.

Eating too much at a birthday dinner…

Was a given. A lot had happened that day, from a mellow morning to an eventful afternoon and evening. But it was still my travel companion’s birthday. The final chance to show my appreciation to the long-suffering person who had agreed to spend a fair amount of time going round Asia with me.

Redford Indian Restaurant is located in Tang West Market in the Lianhu District and is number 1 on Trip Advisor. I had emailed the manager explaining the birthday situation and they were amazing- when we arrived, they had put balloons and a personalised “Happy Birthday” sign outside their restaurant. 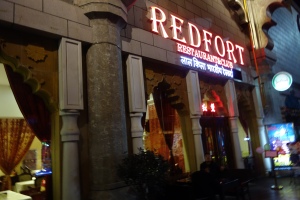 The restaurant exterior (and the sign and balloons on the right)

The restaurant is beautiful and the staff are ridiculously friendly. We both went for Singha beers and then gorged on an Indian food feast that proved both of us have eyes far bigger than our stomachs.

The onion naan they served was probably one of the best naan breads I’ve ever tasted. SO GOOD.

Then they brought out a cream, fruit and meringue birthday cake for the person in question, which meant I got to be the most embarrassing friend I could be and sing “Happy Birthday”.

Afterwards, feeling suitably stuffed, we meandered around DaTang West Market. We had very little time in Xi’an compared to our other destinations. Our final destination would be Guilin, what used to be a quiet little fishing town… however, as we soon discovered- things change. 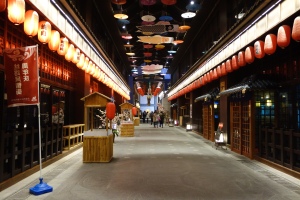 Some photos of the different parts of the market